Fr Terry Loughran
2009-2013
In 2009 a man by the name of Terry Loughran came to our parish as our new parish priest.
Well this new priest was like a breath of fresh air, a tornado, a whirlwind. Within a very short time there was a youth choir, a monthly 6.30pm mass on a Saturday night became standing room only with extra musicians joining our local musicians and youth singers in a super uplifting mass. 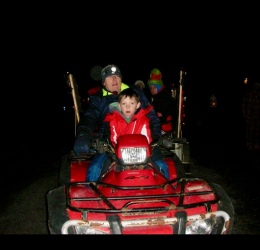 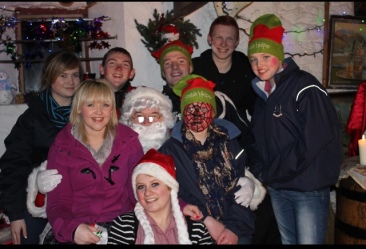 ‘Cappagh House’ became a common name on peoples’ lips as it became the venue for the’ Christmas experience’, a spectacular fairy-tale-like, community centred, Santa venue to help raise funds for the Cappagh youth going to Lourdes as helpers.(also a new initiative), Huge numbers of volunteers came on board to man the gate, the sleigh, elves, santas, ,Mrs Clause’s abounded. Photo booth, animals in stables. It was indeed a magical experience with a full moon shining down on events. Parents and grandparents were treated to tea, mulled wine and mince pies while their children were entertained by Mrs Clause, storytelling in the parlour.

The old folks party was re activated in the community hall with food supplied by a local catering company and the meals served again by the parish youth. It was a tremendous success, with lovely interaction between young and old. 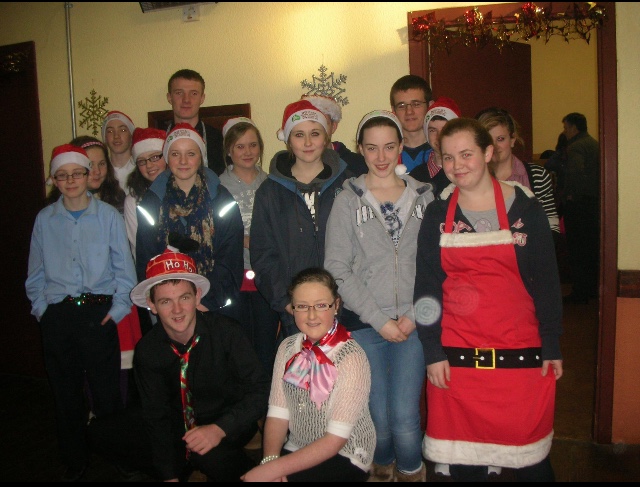 Some of the parish youth got the opportunity to start learning the drums and other instruments with the Moyross band, who had performed in New York and all over at special events. The newly formed church youth choir joined other Limerick members to sing in Dublin at an RTE recorded mass. How proud we were to see our Cappagh youth on our Tv screens on a Sunday morning, with their newly designed T shirts
Lose it for Lauren was another Fr Terry initiative to raise funds for a local girl who had cancer. This fundraiser involved us signing up for an exercise class🤪
The biggest event was probably the production of ‘Mamma Mia’ in April 2011. This show was produced by Miriam Ball with professional sound and lights and backdrops appearing seamlessly, organised by Terry. 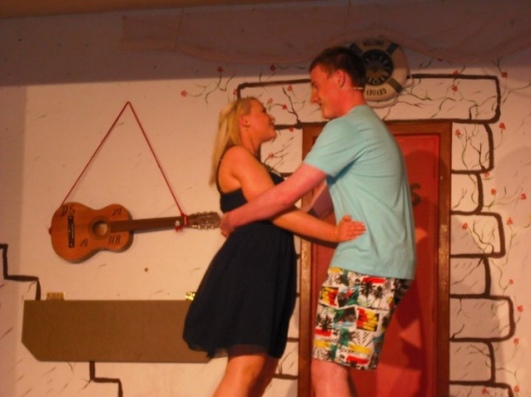 The show was a sell-out performance for 3 nights. It involved people from Cappagh and nearby parishes ages from 9 to 90!!. Dressing rooms were set up out the side of the hall in the form of a marquee, erected by Edmund Madigan and Crazy Castles. The lead acts were accommodated in campers…very posh. 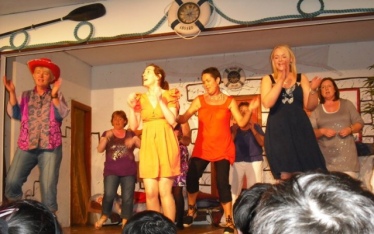 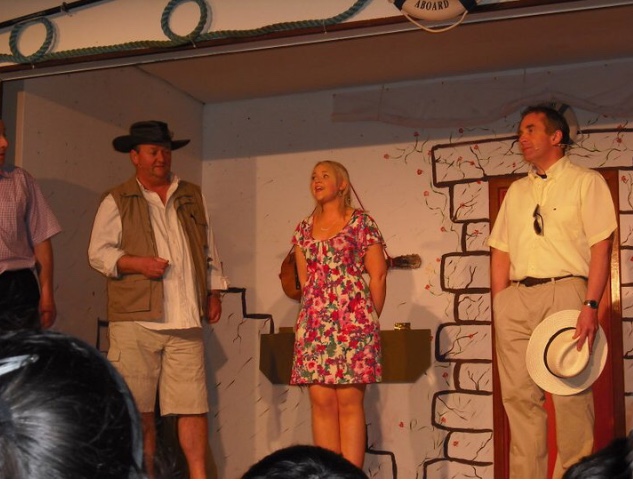 It was an absolute super success, tickets flew out the door and we performed to packed houses each night. It was quite amazing to see it evolve from very basic beginnings to a very polished performance. New talent was discovered at all levels and lasting friendships were formed. 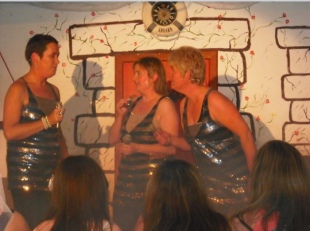 In November of 2011 we had the mock wedding with some of the Mamma Mia cast plus extras. 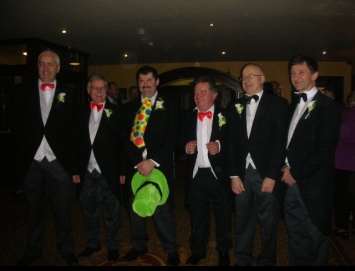 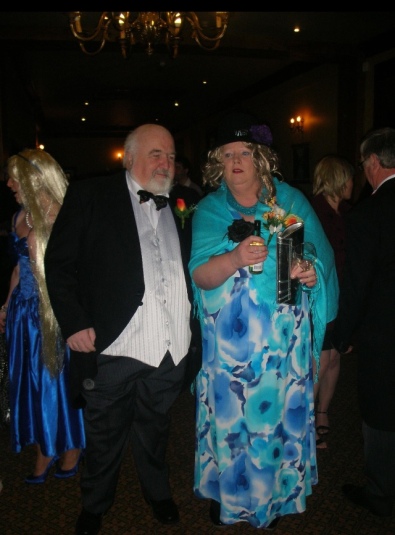 He was a breath of fresh air, a dynamo, a friend to young and old. Constantly upbeat, and onto the next project. Nothing was a problem and he gave heart and soul to every project he was involved in.
In my opinion we were privileged to have him in our parish and I would dearly love to see him back.