This is a fascinating, hand written account of life in the parish since the 1800’s. Parish events were faithfully recorded by successive parish priests and as such this is an invaluable and accurate record of parish events. I have included a copy of a few pages and a summary of some of the events recorded. 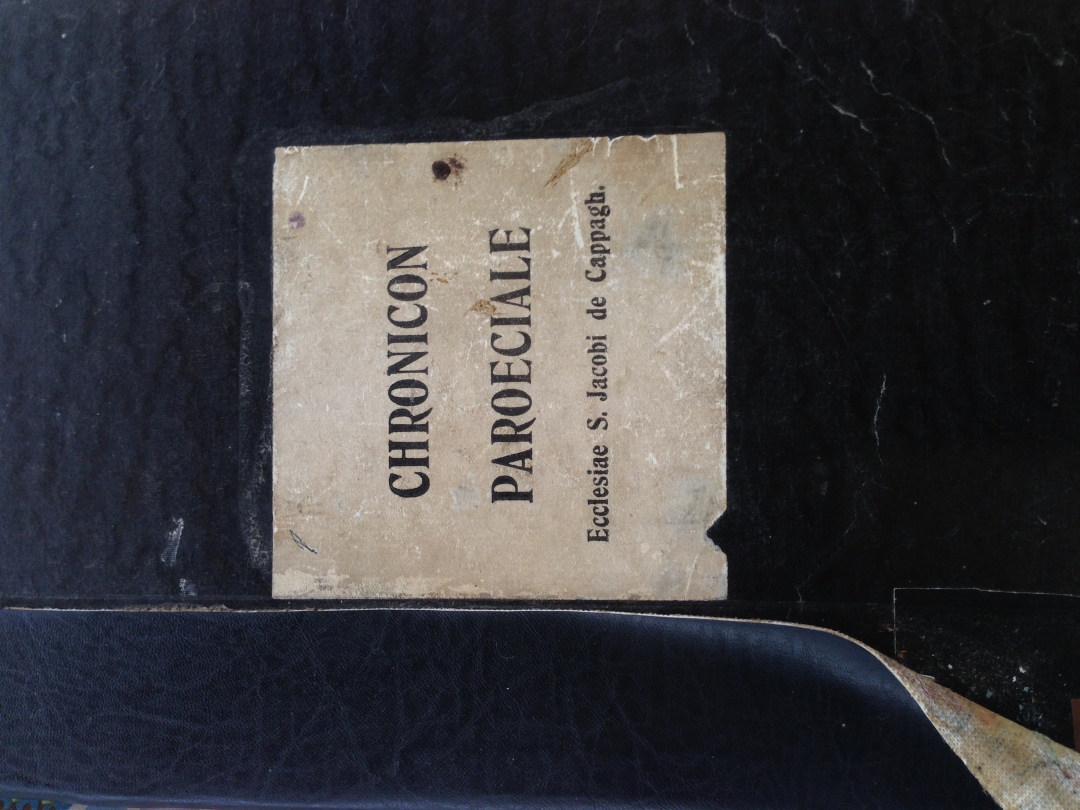 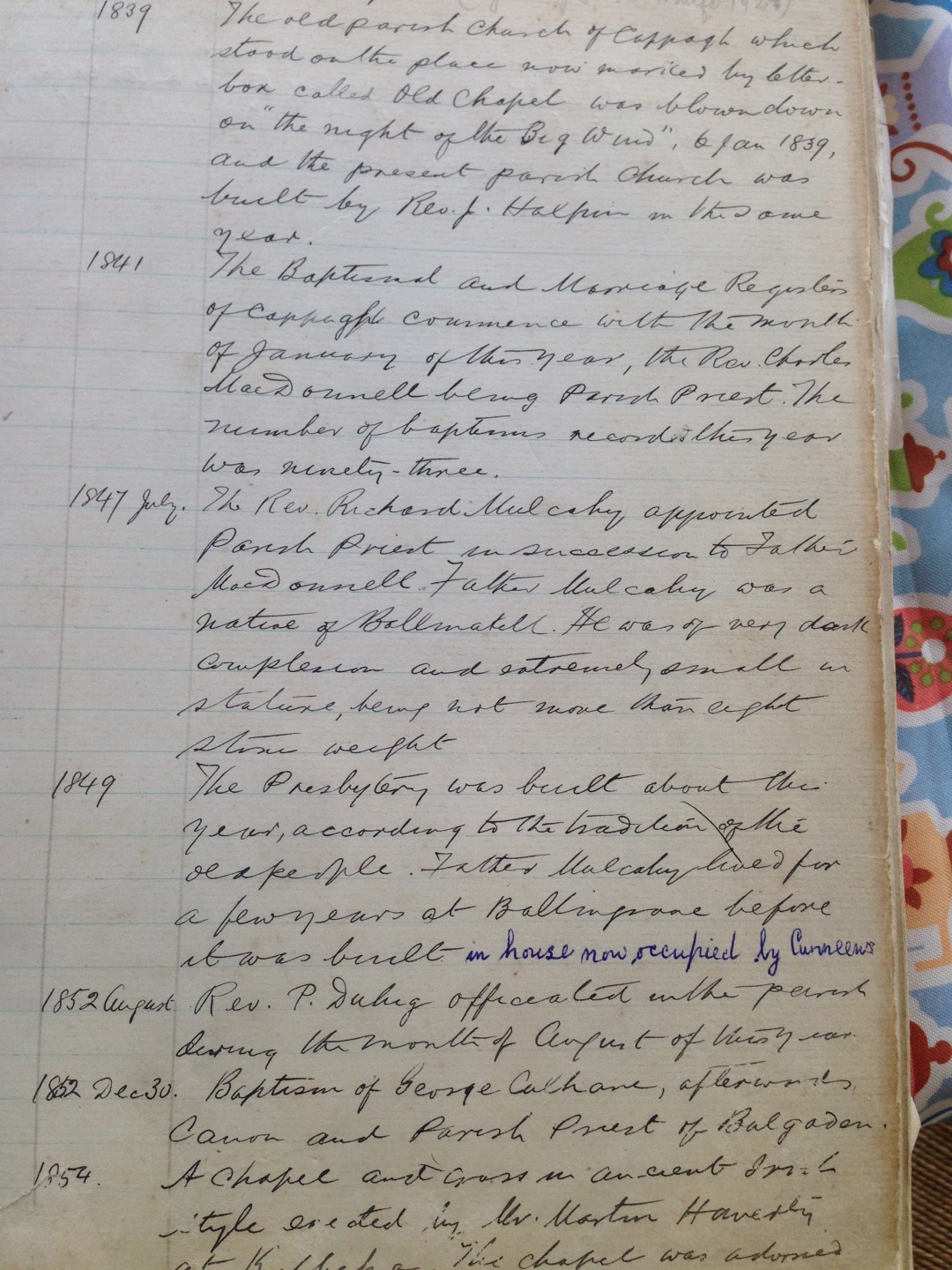 A selection of entries

1839:January Night of the big wind

1854: Martin Haverty built Kilbeha Oratory and Cross with statues by the sculptor Hogan

1860: History of Ireland for schools and colleges written by Martin Haverty of Kilbeha House

Summer 1866: School build by Right Hon Viscount Southwell. Mr James Burke and his wife from Abbeyfeale were the principals of the boys and girls schools respectively.

1877: Rev Robert Cussen left monies to build the chancel and high alter. The alter of our Lady of Lourdes was erected by Mrs White of Nantenan.

1883: Alter of St Joseph and stations of the cross erected in memory of Thomas Hayes of Callow

1888: Margaret Burke took over as headmistress of the girls school being not more than 18 years of age.

1901: William White killed in action in south Africa aged 24. A window was erected in the church to his memory by his mother Mrs Emily White.

1905: Stations of the cross erected by Rec Curtin to the memory of Thomas and Margaret HJayes, Callow

1924: Baptistery and railing erected to the memory of Kennedy Hayes

July 29 1928: Celebration of St James held at Nantenan. Several thousand people marched from the Church to the well where the rounds were performed. Sports were afterwards held in Capt. White’s field

1931: Retirement of William Murphy as principal of the school after 41 years service. He was succeeded by Thomas Herr from Bruff, who was succeeded by Brian Lennon a native of Kilkee in Feb 1932. James Normoyle was appointed assistant