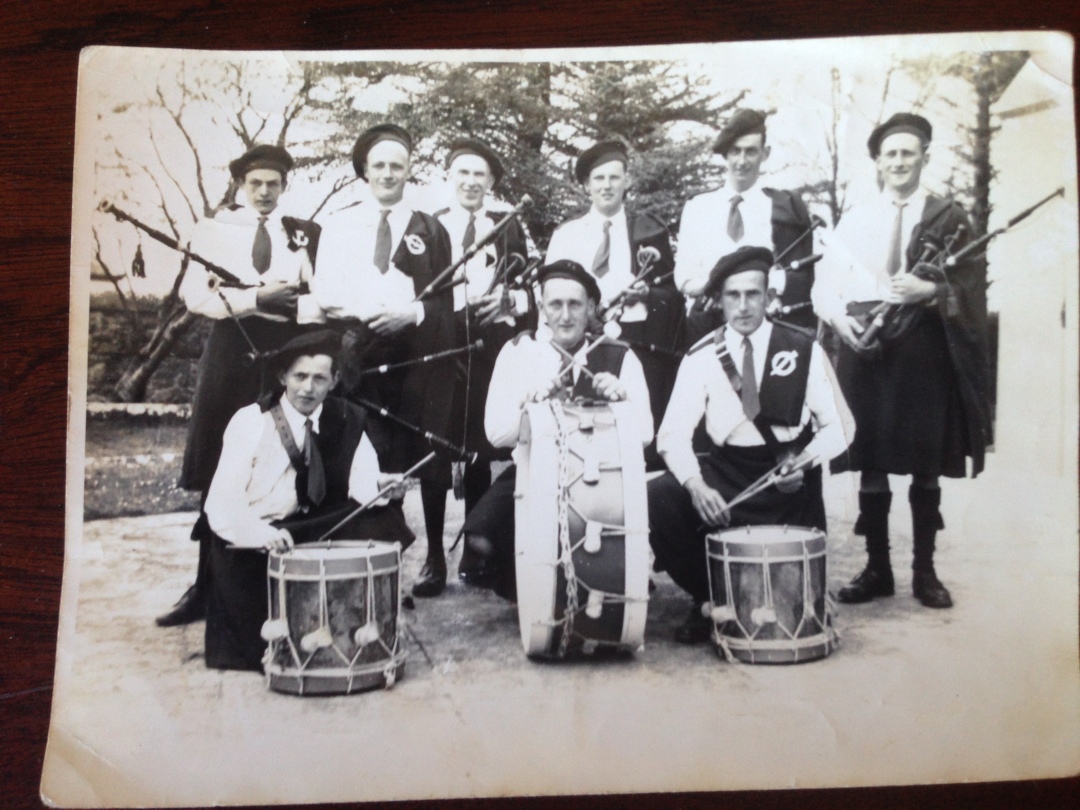 The band became very popular, playing all over Limerick county and as far away as Kilrush in Clare. They headed the parade for the unveiling of the Fr Casey memorial in Abbeyfeale. That band disbanded but in 1949 the pipe band was again revived.

The founder members and officers elected were chairman Patrick Fitzgerald; vice-chairman Maurice Hennessy; treasurer Alfie Kennedy; honorary secretary- Thomas Healy. This time they practised in Tom Healy’s workshop. Looking through the minute book for the years 1949 to 1950, the expenditure of the band often included the cost of a bag of turf, oil and a wick for the lamp.

Again the band became very popular at GAA fixtures and other functions. They played at the unveiling of the old IRA memorial in Newcastle West by the President Sean T O’Cealaigh on Easter Sunday 1955. The band were always in great demand but, alas, they again disbanded. In 1980, when Cappagh community radio went on air, five members of the band got together for the occasion. They were Eugene O’Sullivan, Moss Hennessy, Sean Stokes, Patsy Woulfe and Paddy Nash. When Mrs Hawkes, who was the continuity announcer for the day, introduced the Cappagh pipe band, shouts of joy were heard both on and off the air by the large crowd that had gathered at the studio in Rathkeale to hear them.

The rendering of music was excellent and there can be no doubt that the basis of a Cappagh pipe band still exist. I know that it is the dream of many of the older members, to see the band revived.